By Our Lady of Sorrows School 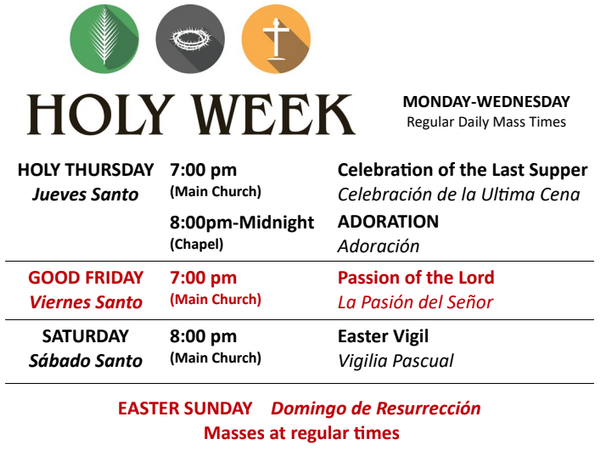 Our celebration of the holy season of Lent is coming to an end as we've entered into Holy Week and are getting ready to move into the celebration of the Sacred Paschal Triduum. The Triduum is the time between Lent and Easter - it comprises the days of Holy Thursday, Good Friday, and Holy Saturday, and it's the holiest time of the year for Catholics, with some of the richest, most mysterious and sacramental celebrations of the year.

Holy Thursday gives us a chance to enter into the celebration of the Last Supper with Jesus and the Twelve Apostles. We gather together - just as they did - to pray, to share in the joys of the Eucharistic celebration, and to gather strength from our community. We strive to recognize ourselves in the obstinence of Judas, in the brashness of Peter, in the youthful exuberance and trust of John, and in the tumultuous preparation for the passion of Jesus. But we also take solace in the gift of the institution of the Eucharist that night, and rejoice in the gift of Jesus' own presence in our churches, in our homes, in our famines, and in our hearts and lives.

On Good Friday we gather together to journey with Jesus on the Via Crucis, the Way of the Cross. We follow our Lord and Master as the Suffering Servant, willing to give everything - even his very life - as an example of sacrificial love. Every Catholic tabernacle in the world lies open and empty - every sanctuary lamp is dark - we commemorate the day, even the very hour, of the death of Jesus.

But on Saturday at the Easter Vigil, we gather together in the evening to once again to celebrate the coming light of the Resurrection. We finish the liturgy begun on Holy Thursday, we brandish fire to chase away the darkness of death and despair, and we join our voices in a glorious Alleluia to our Risen God and to our own eventual resurrection.

As we prepare to finish our Lenten journey as a parish and school community, I urge you, as parents and as the first teachers of the faith, to make time - wherever you may be - to lead your family to the prayers, the rituals, the sacraments, and the mysteries of the Sacred Paschal Triduum, so that we may more fully appreciate and celebrate the gift and the joy of the Easter resurrection. Like Jesus, may we be bringers of this Good News into the lives of those around us, especially those young lives gifted and charged to our care.

May each and every one of you have a blessed and wonder-filled Triduum and Easter celebration.

By Our Lady of Sorrows School 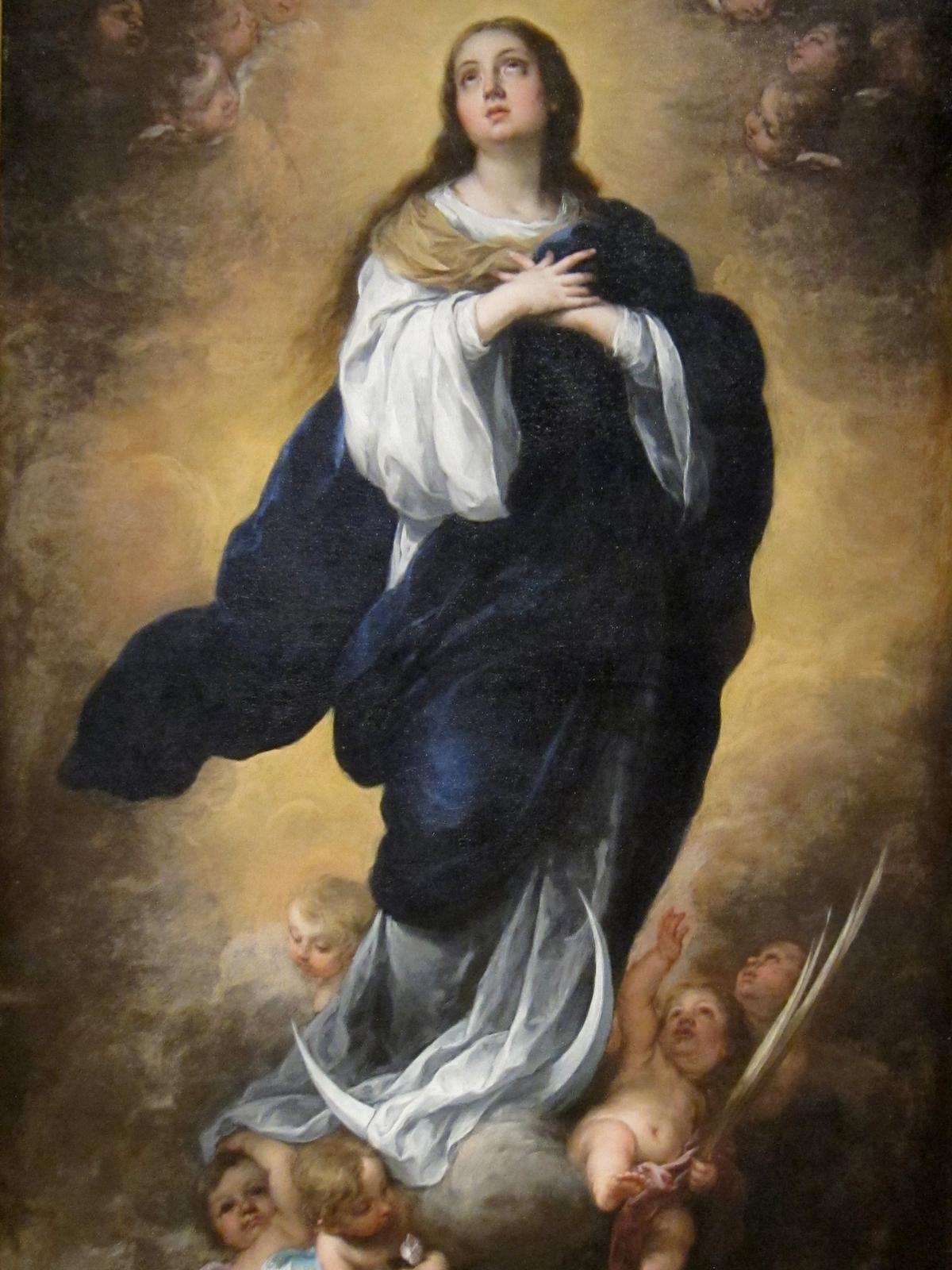 The angel Gabriel was sent from God
to a town of Galilee called Nazareth,
to a virgin betrothed to a man named Joseph, of the house of David,
and the virgin's name was Mary.
And coming to her, he said,
"Hail, full of grace! The Lord is with you."
- Matthew Ch. 1

During this blessed season of Advent we celebrate one of our church’s greatest Marian feasts: The Immaculate Conception. As a Church, we affirm two central teachings with this dogma:

Mary is called “full of grace”, then, precisely because she never lost that sanctifying grace that our sins rob us of. Since she was free of original sin, then, she was in a state of sanctifying grace from her conception to her death.

Our Catechism says the following:

490. To become the mother of the Savior, Mary "was enriched by God with gifts appropriate to such a role". The angel Gabriel at the moment of the annunciation salutes her as "full of grace". In fact, in order for Mary to be able to give the free assent of her faith to the announcement of her vocation, it was necessary that she be wholly borne by God's grace.

491. Through the centuries the Church has become ever more aware that Mary, "full of grace" through God, was redeemed from the moment of her conception. That is what the dogma of the Immaculate Conception confesses, as Pope Pius IX proclaimed in 1844:

"The most Blessed Virgin Mary was, from the first moment of her conception, by a singular grace and privilege of almighty God and by virtue of the merits of Jesus Christ, Savior of the human race, preserved immune from all stain of original sin." (Pius IX, Ineffabilis Deus, 1854.)

When we celebrate this great feast day, then, we are celebrating Mary’s willingness to serve, Jesus’ full humanity and divinity, and we are celebrating God’s saving grace, which had prepared Mary from before she was born to be the Mother of His Son.